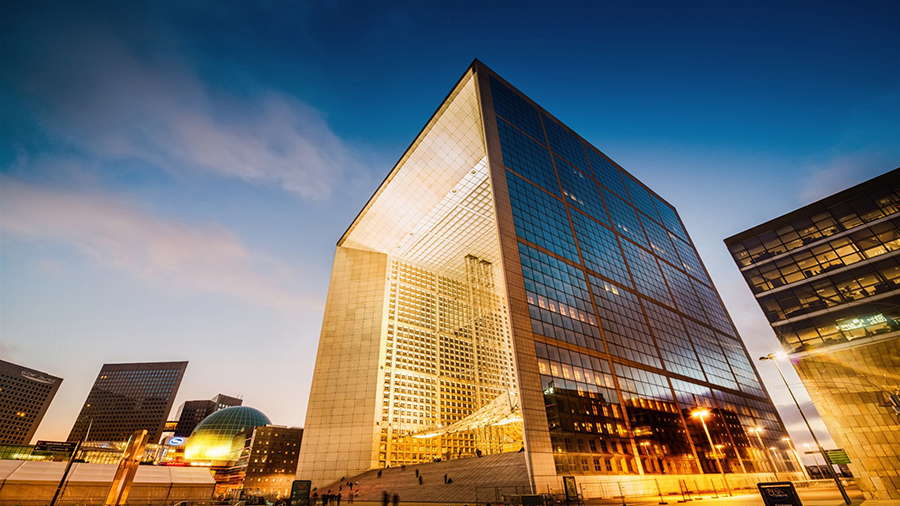 “Located in an area called the Platinum Triangle—targeted for mixed-use redevelopment, with an emphasis on public transportation—the 120-ft-tall, 68,000-sq.-ft. Anaheim Regional Transportation Intermodal Center (ARTIC) also will be the first of its kind to achieve LEED Platinum, say project officials. The goal of achieving an energy-efficient structure that also would serve as a gateway to the region—a city goal from the plan’s inception—informed the painstaking design and construction efforts that belie the relatively modest $180-million cost.”

“‘The idea was to create a great space inspired by the great rail stations of the past,’ said Ernest Cirangle, senior vice president with HOK, the project architect, which won a design competition in 2009 with a team led by Parsons Brinckerhoff. Unlike typical East Coast rail hubs, ARTIC’s design emphasizes open views to reflect the sunny expanse of the local geography. ‘The city wanted an iconic building that would celebrate rail transportation in Southern California,’ said Cirangle.

“To maximize natural sunlight and air flows while ensuring passenger comfort despite the hot climate, the design team opted for a roof enclosure system that uses diamond-shaped pillows of ETFE. At 200,000 square feet, the ETFE application is the largest of its kind in North America, says Michael McAlpine, project executive with STV Inc., the owner’s representative.”

Watch a video tour of the project.